On Saturday, February 20th Buck’s T-4 hosted the annual pie auction for the first time since its inaugural year. The event raised a whopping $35,000, despite the current economic times and had over 200 people in attendance. Our community really knows how to rally together, go Big Sky!

While the event had all the traditional elements—raffle, silent auction and live pie auction—the organizers also added a high school prom theme. I don’t think I’ve ever seen the Montana Room at Buck’s T-4 look so spectacular; what, with all the silver and blue streamers, twinkle lights, sparkling stars, balloons galore, and of course patrons dressed from head to toe in prom regalia.

The big three at Buck’s, Mike Scholz, Chuck Schommer and Dave O’Connor were happy to see the event return to their venue and eager to help make the night a huge success. The night before I caught Chuck, Food and Beverage Director at Buck’s, preparing Jell-O shots and testing out different punch recipes (spiked, of course) to be served at the prom. The evening’s appetizers were reminiscent of school lunches with Executive Chef Todd Christensen coming up with some new twists to old favorites—grilled cheese with brie, bacon and apples, five cheese macaroni, and grilled baloney sliders with caramelized onions.

The icing on the cake was the variety of prom attire. At least three decades worth of fashion faux pas were represented—70s, 80s, and 90s—as well as some of the more stereotypical points of high school fashion. A cute couple had an early dinner at the bar dressed in classic nerd ensembles, complete with pocket protectors and thick-rimmed black glasses sporting a classic band of white tape wrapped around the center. Others were dressed to the nines in heels and dresses that never have the opportunity to make it out of the closet. The Montana Room easily doubled as a set for Sixteen Candles or Pretty in Pink.

Pies and cakes of all tastes and proportions were donated for bidding. Lauren Hafer of Buck’s T-4 created a lush butter cream cake in the shape of a flying pink elephant. The Yellowstone Club donated four different creations, one of which was a set of four pies representing the first four letters of the alphabet. A local created a beautiful cake in the shape of a handbag with an O for Ophir as the monogram. I saw two beautiful creations from Big Sky resort, one an elaborate half dome with a marble print, and the other, fresh raspberry tarts adorned with fresh magenta orchids. All the pie bidding raised a total of $4,910.

The pie auction has grown from its simple origins into the biggest yearly fundraiser for Ophir Schools. The money raised is vital to supporting the ski and swim programs, field trips, classroom supplies and much, much more. Many community members and businesses donated pies, items for auction and raffle as well as their time putting the event together. Buck’s T-4 donated use of the Montana room, labor and linen costs and also 10% of the total bill of guests dining in the main dining room as well as $1 for each person eating in the pub between the hours of 5 and 6pm that night.

There was only one minor hitch through out the whole event—a late night pie fatality in Buck’s T-4 parking lot. Two happy winners were in the process of escorting a delicious strawberry shortcake style cake to their vehicle when to their dismay they lost control and the pie was lost to the pavement. Those of us left at Buck’s rushed to the scene of the accident and found the two women making the most of the situation. After all you can’t let a good pie go to waste. I did what any Good Samaritan would do and grabbed a fork. 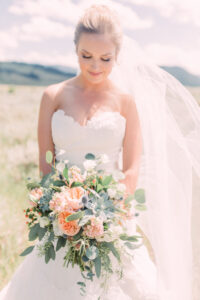 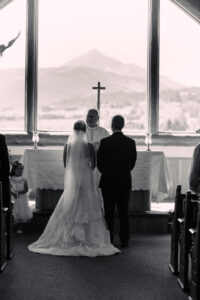 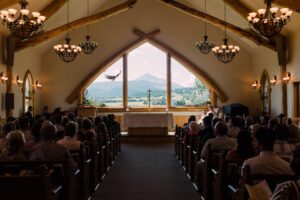 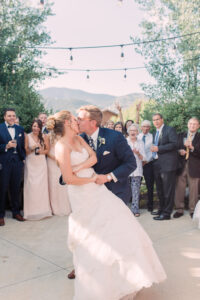 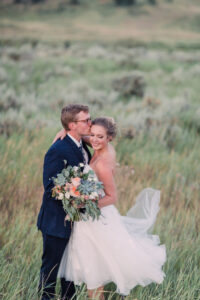 "Confluence", An Evening With Musical Collective wild UP